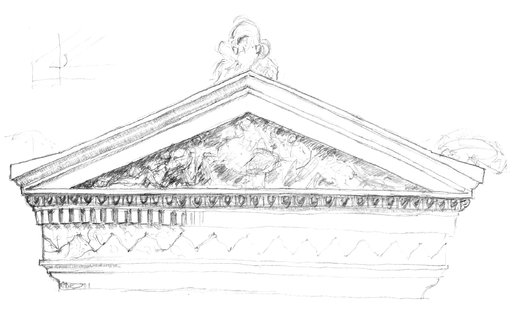 In 1995 I was in Istanbul on a scholarship** to study Islamic patterns I found this amazing sarcophagus in Istanbul Archaeology Museum. The Alexander Sarcophagus was discovered in 1887, in Sidon. It has never belonged to King Alexander the Great of Macedonia (whose tomb has never been found), but because he is represented in the battle scenes along the sides. Dating from the late 4th century BC.

When I got home and looked at the photographs and drawings I brought with me, it seems that the composition had very distinct diagonals that where repeated across the length of the carved friezes. So I did an analysis based on root rectangles to see if there could be a composition grid behind it all.

Look at an enlargement of this image.

My conclusion is that I believe the composition and layout of the frieze is based on "phi" or the "golden ratio". 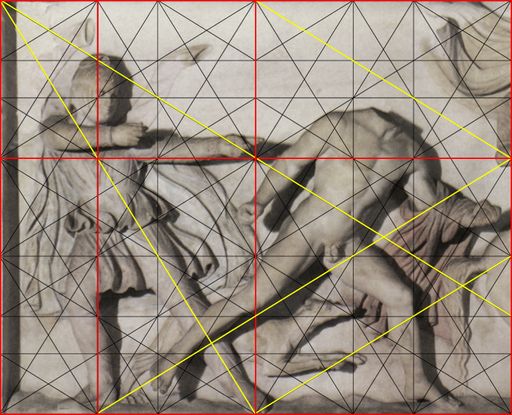 The grid I'm using has an extreme and mean ratio. 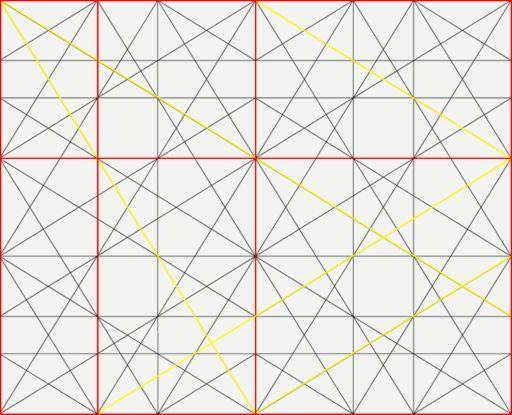 I you look at the image above you there are red squares and rectangles. Within those, smaller divisions can be made. They all relate to each other with the following formula: 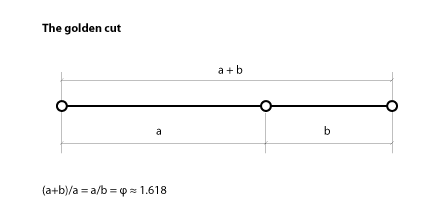 The unit 1 relates to 0.618 as 1.618 to 1. In ancient Greece this ratio was called "phi" or "φ". This ratio was also know as dividing a line in the extreme and mean ratio. In more general terms this ratio is also known as the "golden mean", "golden ratio", "golden section", golden cut", "golden number, "divine proportion".

A Closer Look at Root Rectangles

The Flagellation of Christ

The Giza Pyramid and Root Numbers