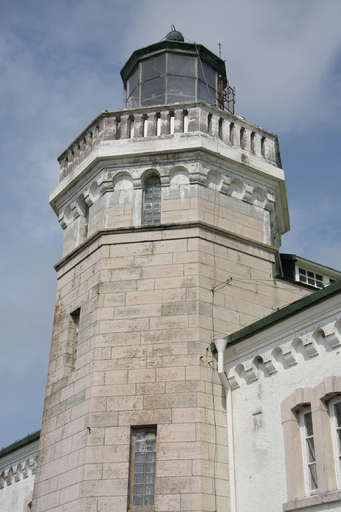 Lighthouse on Stora Karlsö
Stora Karlsö is a small Swedish island in the Baltic Sea, situated about 6 km west of Gotland. It has an area of about 2.5 km². Most of the island consists of a limestone plateau, bordered by steep cliffs along the shore. It is mostly covered with alvar, with many juniper bushes and some small groves of deciduous trees. The island is mostly known for its rich birdlife and flora. It has large colonies of Common Guillemot (about 7500 breeding pairs) and Razorbill (4500 pairs).