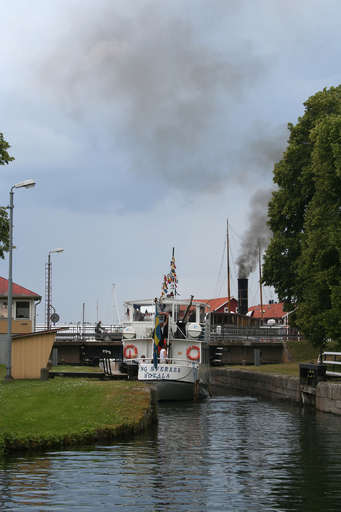 Göta Kanal
The Göta Canal (Swedish: Göta kanal) is a Swedish canal constructed in the early 19th century. It formed the backbone of a waterway stretching some 382 miles (614 km), linking a number of lakes and rivers to provide a route from Gothenburg (Swedish:Göteborg) on the west coast to Söderköping on the Baltic Sea via the river Göta älv and the Trollhätte kanal, through the large lakes Vänern and Vättern.